Teresa Terry Chrisley is Todd Chrisley’s first wife known in the limelight through her relationship with Todd Chrisley. Her life achievements are not available in any archive on the internet. Information such as her birthplace, date of birth to the educational background is non-existent

We only delve into the available data, which is information on her relationship with Todd Chrisley.

At present, Teresa Terry is in another marriage. She has two children and four grandchildren. Before this, she was briefly married to Todd Chrisley and had two kids with him. She became pregnant at the age of 19 with her first child Lindsie Chrisley. It is this pregnancy that was the cause of the marriage between Todd and Teresa. Later in the Union, 15 months after the birth of Lindsie, they had another child Kyle Chrisley.

As mentioned earlier, the relationship did not last long and in 1996 the couple split. Tidd Chrisley’s first wife Teresa Terry had filed for divorce from Todd Chrisley. The cause of the separation became public knowledge only in 2016. In an interview with the daily mail, Teresa Terry reveals the horrors of her marriage with Todd Chrisley. She published accounts of battery, and threats of death from Todd.

She said that Todd battered her after stripping her naked, and even removed her undergarments. Todd also threatened to kill her while brandishing a knife. These experiences she says made her leave the marriage. Teresa Terry stated on record that there reached a point where Todd hired a private detective to track her and left her fearing for her life.

After the divorce, Todd got married to Julie Chrisley meaning He was having an affair at the time of the alleged marital dispute.

She had kids with Todd:

In her marriage with Todd, Terry and Todd Chrisley had two children; Lindsie and Kyle Chrisley. After the divorce, there were some nasty court battles between Teresa Terry and Todd Chrisley over the custody of their children. The couple obtained joint custody of their children making Teresa Terry to relocate back to South Carolina to stay with her kids. Teresa Terry with her ex-husband and children

Another battle ensued in 2000 when Todd Chrisley went to court to obtain the custody of the children. The result was still joint custody but with additional conditions.

It is from these family disputes that the estrangement that exists between Todd Chrisley and his two older children, Lindsie and Kyle, exists.

Not much of Teresa Terry’s life content is out there. No education background, no occupation, no ethnicity. She is however undoubtedly of American nationality by birth and marriage. She was born in 1973 but her exact birthday is not known. Teresa Terry is 45years of age. She stated her age in the interview she had with the Daily mail in 2016. In 2016. She reported on record that she was 43 years of age. Two years later makes her 45.

She is blonde with blue eyes.

She currently resides in the State of Oklahoma with her husband, children, and grandchildren.

According to Teresa Terry, Her son Kyle was the one most affected by the tumultuous marriage she had with Todd Chrisley. Kyle Chrisley was only three years old when the union started to crumble. He must have been at the crosshairs when his father and mother argued, and this must have affected him mentally and emotionally. On the Chrisley show, he is labeled the child who “Marches to no one else’s beat but his own”.

This labeling is understandable, on the precipice of what Todd Chrisley personality is. Teresa Terry describes Todd Chrisley as a control freak who values perfection over everything else, and we all know that this is a trait unachievable by humans no matter how righteous and upright. Todd Chrisley the exception!

Todd Chrisley’s ex-wife Teresa Terry says that Kyle struggled with drugs and alcohol and the numerous trips to rehabilitation centers even made it worse. She says that  Kyle has been on the receiving end of Todd’s wrath over the years and this mounted on the pressure on Kyle. No wonder Kyle and His father have a strained relationship. Teresa Terry sure did experience a tough time in her marriage with Todd Chrisley. In such relationships, it’s better to walk away than to suffer. What does fame mean if the life experience is full of pain and hardships? Teresa Terry may not be in the Limelight as Todd Chrisley’s current wife but a lifetime of misery in marriage is a bullet dodged no doubt. When it comes to being celebrities, they don’t need to be very big or famous for people to love and adore them. Same is the condition for the host of the hit reality TV series ‘Survivor,’ Jeff Probst who has… Read More »Lisa Ann Russell Wiki-Bio, Age, Facts about Jeff Probst wife She is a beauty that has left heads turning since her appearance on Top Chef and the ABC show The Chew. What many desire to know, whether out of curiosity or for personal benefits is if the outstanding queen is… Read More »Matthew Lyons: 7 Facts about Carla Hall’s Husband. 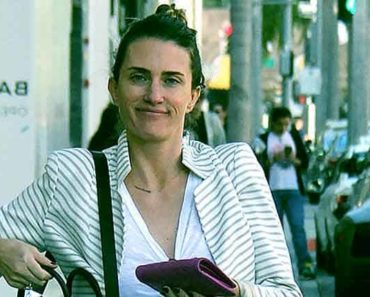 You have probably heard a little something about Rhea Durham. What was it that you heard about this star? Is it her early life, age, career, net worth and salary, married life, husband children or her parents and siblings? We… Read More »Rhea Durham Height, Net Worth, Age and bio of Mark Wahlberg’s wife.