Jim Phillip Rome is a common household name to any sports enthusiast. People and fans alike recognize him as the host of the syndicated radio talk show on CBS in his name.

Moreover, he also had a run with television, but that’s getting ahead of us. Let’s systematically talk about his net worth, career, married life, and wife, Janet, before summarizing it all in his wiki-bio.

According to various sources, Jim Rome is at the pinnacle of his career with an $85 million net worth.

Since he got ranked by Talkers Magazine as one of the Top 100 most influential people, you can bet his services and salary don’t come cheap. The radio personality pulls off an eight-figure salary of $15 million. Much of it comes from journalism, where much dedication got put into since his college days.

Apart from The Jim Rome Show on CBS, he also hosted other shows on ESPN and the Canadian Television Network, TSN2

Rome also has an eye for investment. He picked up a hobby and turned it into a full-time business that contributes to his net worth and fortune

The radio host owned 14 thoroughbred horses, with the most successful mare called Misdirection, which won him over $1.7 million

He has also appeared in films, TV shows, and even music videos that greatly impacted his career.

His house and cars

For nine years, Jim and his loving wife Janet called their three-storey 12,309 square feet Shady Canyon house home. However, they sold the place faster than the paint took to dry at $12.5 million, breaking the records of the Irvine golf-course community. The villa has six bedrooms, barrel-vaulted ceilings, 11 bathrooms, home offices, a lounge and bar, spa, gym, theater, and even a massage room. It has a large saltwater pool with a view over the green golf course. The house also features an outside tennis court with stadium-like seats to cater for small tennis tournaments.

Sadly, there are no whispers about the kind of cars he drives. However, the place looks more suited to high-end exotic cars like the Ferrari and Bugatti.

He distinctively dislikes Corvettes as aired during his talk shows.

Rome’s journey on the mic dates as early as his college days at the University of California, Santa Barbara. He was pursuing a Communications degree while at the same time launching his career at the campus radio, KCSB-FM.

The Jim Rome Show, or The Jungle for short, was part of his line-up, which got syndicated in 1996.

He went on to KTMS, XTRA Sports 690, and finally landed a job on ESPN with the show Jim Rome is Burning. It also aired on Canadian television, TSN2, for some years until 2011, when he joined CBS.

Other networks include Showtime, which was home to his talk show, Jim Rome on Showtime, and The Last Word on Fox Sports.

Part of his TV appearances included HB0’s Arliss and movies like Two for the Money, Space Jam, and The Longest Yard.

The radio host also landed in a fiery pit after some controversial remarks he made on his podcast and tweets, but it’s nothing he can’t handle.

Part of the six bedrooms of his former house in Irvine belonged to his two sons, Logan and Jake.

His wife, Janet Rome, and he took up the master suite bedroom, where they lived for about nine years. The couple met back at his former job at the XTRA radio station where she used to work. Love blossomed, and they soon got engaged. However, Jim isn’t one to rush on life-long commitments and had to wait for two years. After seeing she could put up with him, he made her his wife at a private ceremony held on July 19th, 1997.

The pair is a private couple, just like their wedding, which only RSVP’d for family and close friends. Much of their life is unknown except for their two-week honeymoon to Europe.

Like Rome, Janet’s career also wasn’t built in a day.

Before she met the love of her life, she used to work at XTRA Radio Station. Before all that, she was born Janet Nauman but changed her last name after her marriage.

Sadly, that’s all the information available on her. Her career, bio, and family are very secluded from the media.

The father of two was born James Phillip Rome on October 14th, 1964, in Los Angeles, California.

He is currently 57 years of age with his astrological star sign as Libra and stands at 5 feet 8 inches.

Phillip grew up in California and attended Calabasas High School before enrolling at the University of California, where his career began. 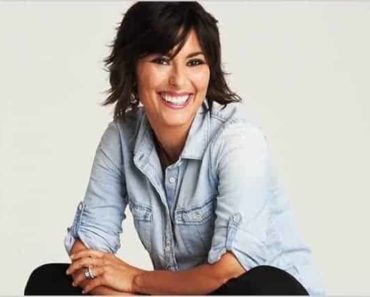