Some sports athletes are known for making headlines for their matches, others for their dating lives but Aaron Rodgers succumbs to both stories.

On one side, he gets a ton of media coverage from the NFL in regards to his Legendary status playing for the Green Bay Packers as their Quarterback.

On the other hand, his dating life has been the talk of countless blogs and articles.

We are not going to bore you with his career statistics but instead highlight his girlfriends, relationship history, and his wife’s prospects

Unlike most people who keep the chapter on their love life close up, the Quarterback isn’t one to shy away from an interview concerning his private life. In fact, he welcomes it and uses it as a platform to publicly declare his undying love. So who made him fall in love?

Well, earlier this year he let the public in on his relationship with Dana Patrick, a former professional race car driver.

While their dating status was announced previously in January this year, the duo had met much more before in 2012. Before the open wheel race car driver, the Quarterback had been spotted hanging out with Baywatch actress Kelly Rohrbach in early April 2017.

However, they were quick to deny anything brewing up between them.

Going backward was his three-year commitment to actress Olivia Munn that started in May 2014 and ended in April 2017. Other confirmed celebrities include Destiny Newton from 2011 to 2013, Jessica Szohr from 2011 to 2014 and Lady Antebellum vocalist Hillary Scott from April to June 2010.

But wait there’s more. Rumors also surfaced of his involvement with Sports personality Erin Andrews in 2010, and Julie Henderson between June and August 2009. 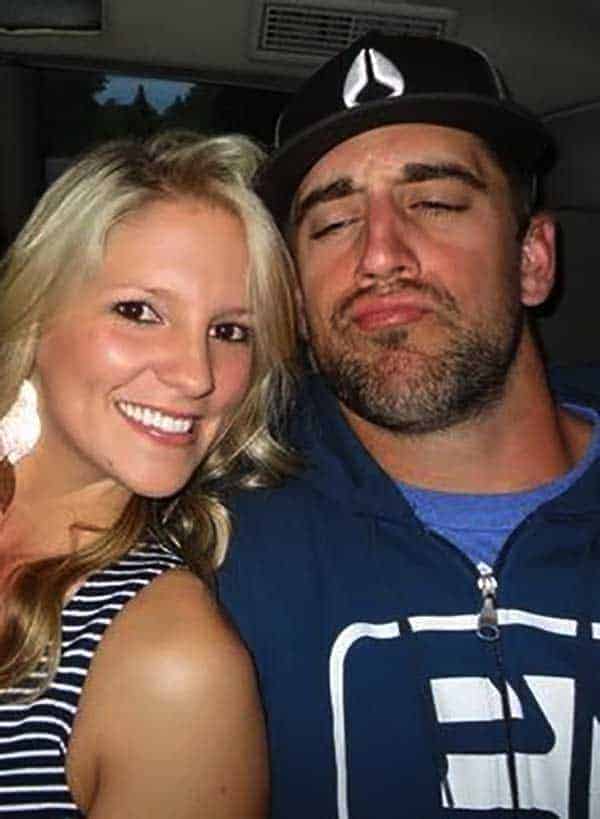 It’s no secret that Aaron has an estranged relationship with his family members. Several tabloids took a different approach with the story, and a rumor ensued on the actress being the cause of the split which wasn’t right.

In an interview with Andy Cohen’s Sirius XM Show, Olivia revealed that the family had not been talking way before she came to the picture.

Another rumor that she laid to rest was the misunderstanding that she got engaged sometime along their relationship as false.

The actress finally let her fans in on the cause of their break up citing a high profile relationship. They were both the face of the public attracting media attention in all their business.

If you think about it, it’s ironic that Rodgers went on to date another high profile celebrity and who is recognized worldwide for her mad driving skills. But who are we to judge?

Is Aaron Rodgers Married to wife? Or any chance of them getting married soon?

Their encounter at the ESPY’s was somewhat weird in that instead of exchanging phone numbers; he gave her his email address.

They kept their distance while maintaining their friendship platonic for a while until the opportune time came and sparks lit.

Moreover, they were both seeing other people at the time. Patrick was seeing fellow NASCAR driver, Ricky Stenhouse and dated him for five years.

If you hadn’t noticed yet, she’s a full-on commitment but not on marriage. At least not again with reports from The Chicago Tribune stating that she was once married before Stenhouse.

Moreover, if you were rooting for kids from the couple, you may want to look elsewhere since Dana froze her eggs.

It looks like the couple wants to enjoy every minute of their time together since the football player seems to also be on board for the idea. They both share the same hobbies and like traveling the world and have embarked on trips both locally and internationally.

They have gone to India, Africa, Mexico and the next on their to-do-list are Historical sites