Andrew Yang is an American entrepreneur and Philanthropist. He is also a Democratic presidential candidate for the 2020 elections. Read this to know Andrew Yang’s Net Worth.

Who is Andrew Yang?

Andrew Yang is the son of immigrant Taiwan parents. He was born in Schenectady, New York. Yang attended Philips Exeter Academy in New Hampshire. In 1992 he graduated from Exeter and went ahead to Brown University where he also graduated with a (BA) Bachelor of Arts in Economics. Yang was still through with his education journey so soon after his BA degree he enrolled in Columbia Law School where he earned himself a (JD) Juris Doctor.

Right after Yang graduated from Columbia Law School in 1999, he began his career journey as a corporate attorney in New York City at Davis Polk & Wardwell. He didn’t stay long in this firm he left the following year, 2000 and launched Stargiving.com. Stargiving was a website for celebrity-affiliated philanthropic fund-raising. Stargiving.com managed to raise some capital from investors, but it also did not last long and was closed down in 2001.

After Stargiving.com folded in Yang joined a startup in healthcare software known as MMF Systems Inc., as the third hire and holding a position of its Vice President.

Yang worked for MMF Systems for four years. He eventually resigned to join his friend Zeke Vanderhoek at Manhattan Prep, a company that did small test preparation. In 2006 Yang took over as the company CEO of Manhattan Prep Company. The company was primarily providing GMAT test preparation. Under the leadership of Yang, the Company expanded to 69 locations up from 5 and in December 2009 the company was bought by Kaplan. In early 2012 Yang resigned as president of the Company.

After Manhattan Prep was bought in 2009, Yang began working towards creating a nonprofit fellowship program that he named Venture for America. He founded it in 2011. The mission of Venture for America was to create economic opportunity in America cities through mobilizing the next generation of entrepreneurs and also equipping them with the skills and resources they need to create jobs. Yang took a twist from entrepreneurship to politics. He filled with the Federal Election Commission to run for the highest position of President of the United States in 2020, on 6th November 2017.

Andrew Young is married to Evelyn, and they have two lovely sons. Evelyn and Yang got married in 2011. Their eldest son is autistic. Yang is a Christian and attends church in the Reformed Church in New Paltz together with his family. His Pastor is known as Mark E. Mast. Andrew Yang with his wife Evelyn Yang and with their kids

Evelyn Yang was born on 31st October 1981 to Tony Lu. She studied abroad in Shanghai, where she met her husband, Andrew. They got married on 3rd January 2011. Evelyn worked for L’Oreal as an executive marketer before resigning to take care of their two children.

Andrew Yang Worth is not publically known, but various websites estimate it to range between $1.5 million and $2 million based on his lifestyle. Most of his income comes from his VFA foundation. Yang launched Venture for America with $200,000 training 40 graduates in 2009. In 2013 VFA managed to train 69 graduates. After training these graduates were sent to Providence, Philadelphia, New Orleans, Las Vegas, Detroit, Cleveland, Cincinnati, and Baltimore. Following the year 2014, they had a class of 106, and they also expanded the list to St. Louis, San Antonio, Miami, and Columbus.

VFA had a strategy of recruiting top college graduates in the country into a fellowship program running for two years, they would apprentice and work for promising startups in different developing cities across the United States.

Smart People Should Build Things book written by Yang brings out a reality of how top universities pick smart students out of small towns, funneling them into the same corporate jobs in the same big cities. VFA works to counter this vice by distributing these talents around the country to incentivize entrepreneurship for economic growth.

Andrew Yang parents migrated to the United States from Taiwan in the 1960s. There were born two siblings, Lawrence Yang a Psychology Professor born in 1972 and himself, born in 1975. His grandfather was a geologist. His parents were both students at the University of California, Berkeley when they meet. Yang ‘s father graduated with a Ph.D. in physics and worked in IBM and General Electric research labs where he generated over 69 patents. Andrew Yang parents and with his brother

His mother Nancy Yang worked at a local university in New York as a system administrator. Currently, she is the president of Pastel Association of Taiwan. She has won an award in Taipei and Spain for her paintings. Originally posted on May 26, 2017 @ 5:45 pmManny Khoshbin a.k.a Manuchehr Khoshbin is a real estate tycoon who came to the U.S with next to nothing. He became an extremely motivated commercial real estate entrepreneur at a very young… Read More »Manny khoshbin Wiki, Bio, Wife, Family. 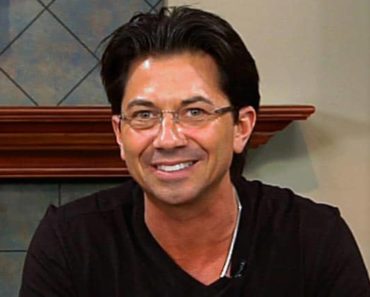 Originally posted on August 25, 2018 @ 5:47 pmDean Graziosi’s past life is not the kind of life you would wish for even for your worst enemy. Yes, it was one of those challenging lives but of course looking at… Read More »Dean Graziosi Wikipedia-Bio. Net Worth, Wife.