Jordan Spieth is an American professional golfer on the Professional Golfers’ Association of America “PGA” Tour. He is the former world number one, according to the Official World Golf Ranking. Born July 27th 1993, the young gold star already has ten PGA championships under his belt, including two major championships. In 2015, he became the second-youngest golfer to win the Masters and the youngest winner of the U.S. Open since 1923. Jordan Spieth is also the sixth player in the history of the game to win these two championships back-to-back. He attended the University of Texas and played college golf until, aged 19, he decided to become professional mid-way through his sophomore year. Let’s find out about his personal relationship with girlfriend Annie Verret. Are they getting married anytime soon? Even when the couple faced attending separate colleges, a challenge some young couples would find impossible, they remained committed to each other. Despite being involved with one of the world’s most famous young golfers, Verret has tried hard to keep their relationship out of the spotlight; she is a very private person, going so far as to set all of her social media profiles to private, as she doesn’t want to be too much in the public eye.

Due to this intense need for privacy, Jordan and his girlfriend Verret keep their displays of public affection to an absolute minimum, but this doesn’t mean that the couple isn’t madly in love; Spieth regularly posts pictures of them together on his Instagram page. From what can be seen, the pair enjoys a quiet, simple life together, trying to be just like a normal couple.

Jordan Spieth and Annie Verret have stood the test of time, having been together since they were only 16 years old and facing separation while they attended different universities. The two are in fact married now. They tied the knot back in 2018 at an intimate little ceremony in the US.

They continued on with their strong relationship are very good as they are very loyal to each other; Spieth reportedly turned down an offer to go on a date, Kendall Jenner. So despite Spieth having a host of ladies who would want to date him, he remains faithful to his wife Verret, which is a good indicator of their staying power.

Lucky to be with @anniefranv on Valentines!

Born May 18th 1993, much of  Annie Verret’s young life isn’t known to the public. She attended Texas Tech’s Rawls College of Business and graduated with a degree in management. Anne Verret was very active while she was at college, becoming vice president of finance and a new member educator, as well as being involved in her sorority Delta DeltaDelta.

During her time studying, she maintained an impressive 4.0 GPA; this landed her a spot on the dean’s list and she made the President’s Honor Roll twice. Active within the golfing community, she works at a company called “the First Tee of Greater Dallas“. It is a company whose motto is to help underprivileged children who have a passion for golf. The main aim of the company is to help these kids achieve their dreams.

5 thoughts on “Jordan Spieth Girlfriend Annie Verret: Soon To Be Jordan Speith’s Wife? Find Out About Their Engagement Plans” Professionally known as Dan Patrick whose real name is Daniel Patrick Pugh is an American sportscaster, radio personality, and an actor. He has hosted several television shows and has featured in many radio shows. He is mainly known for his radio show… Read More »Dan Patrick wife Susan Patrick, know his net worth and salary 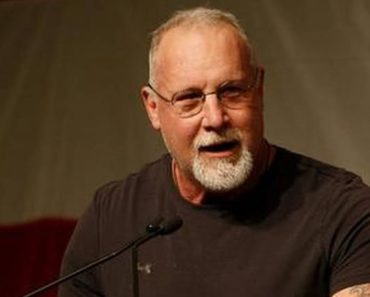 Randy White was an American footballer who played as a defender. He completed his high school studies in Wilmington (DE) Mckean. He attended the University of Maryland. He played for numerous clubs and colleges earning many titles. Let’s find out… Read More »Lorrie Morgan Husband Randy White Wiki-bio: Net worth Clinton Kelly is a gay and Married to Husband Daman Boyles. His Net Worth