Atz Lee Kilcher is the cast of the Discovery series Alaska: The Last Frontier. In the show, Atz Lee and his family live in the wilderness of Alaska without the aid of technologies accessible in the modern world. The TV personality features on the show with his wife and children. The popularity of the show and current divorce rumors has brought the TV personalities into the spotlight.

In this article, we discuss Atz Lee Kilcher, his love life with his wife, and his children.

Atz Lee and Jane are childhood sweethearts. They met at the age of 12. However, they went separate ways due to unfavorable circumstances with their respective partner. After many years, with a child each from their failed marriages, Atz Lee and Jane got together. The couple has been married since. Atz Lee and Jane Kilcher share a common passion for music. Their love story also makes the show interesting to watch. Both the TV personalities occasionally feature each other on their Instagram handles. And despite rumors of divorce that have been circulating for a long time now, that does not seem to be the case.

In this post, we can see Jane referring to her husband as Mr. Alaska. She loves to argue with Atz Lee, and that’s where the divorce rumors probably originate from. We can also find many pictures of Jane on Atz Lee’s Instagram handle. Both the couple were previously engaged in relationships and also had children with previous partners. Nonetheless, they found each other and currently live an amazing life in the wilderness of Alaska. Atz Lee Kilcher and his wife Jane Kilcher do not have kids together.

Atz Lee Kilcher and Jane Kilcher do not share their own children. Even though they are parents to two children, the children are from their previous marriages.

Etienne Kilcher is the oldest who was born to Atz Lee and his former wife. Similarly, Piper Kilcher was born to Jane and her former husband. The family of four lives in Alaska. However, the children seldom make an appearance on the show.

Piper Kilcher is Jane’s daughter from her previous marriage. Unfortunately, Piper does not feature on the show. This is because Jane Kilcher wants to save her from media criticism. Even though she was not born to Atz Lee, Piper flaunts the Kilcher family name.

There are rumors about her appearing on the show as she is 18 in 2021. However, there have been no confirmations by Jane. Piper was born in 2003 to Jane and her previous husband.

Etienne Kilcher was born on May 17 2002. As of 2021, Etienne has 5k followers on his Instagram handle. He is the son of Atz Lee and his former partner, Nantia Krisintu. From his Instagram, it’s clear that Etienne loves spending time with nature. He also loves going on adventures with his dog. 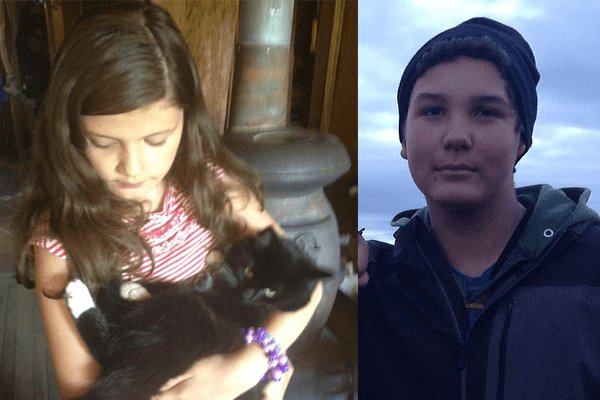 Let me guess, we all know a bit too much about 48-year-old Bill Burr. Yes, the ever-busy stand-up comedian. I bring you a different look at the funny man’s life by looking at seven interesting facts about his wife. Wait,… Read More »Nia Renee Hill: 7 Facts about Bill Burr Wife. These days, there are numerous circumstances that can push someone to celebrity status. Among them being, marrying a celebrity. Kim Marie Kessler is the perfect example of such a circumstance. She is married to American professional wrestler and actor, Randy… Read More »Kim Marie Kessler: 7 facts about Randy Orton wife. Ingrid Quinn Wiki-Biography and Life after divorce with David Boreanaz

When it comes to Hollywood marriages, most of them end sooner, some because of extramarital affairs while others are due to irreconcilable differences. Ingrid Quinn is a famous social worker who was married to the renowned actor and movie producer… Read More »Ingrid Quinn Wiki-Biography and Life after divorce with David Boreanaz David Nehdar lives a low-profile life despite being married to the famous Hollywood Actress and singer, Lacey Chabert. She is known for Party of Five and famously known as Gretchen Wieners in the movie Mean Girls.  Lacey Chabert and her… Read More »David Nehdar: Net worth, age. Meet Meet Lacey Chabert’s husband in wiki type biography.